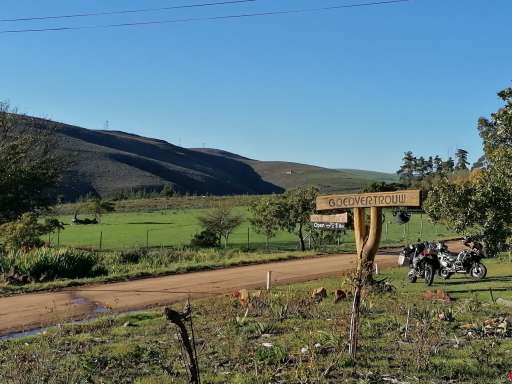 I have been threatening to take a social media sabbatical for a long time, but it’s just so damn hard to kick the habit. There I was minding my own business, scrolling through my news feed when I see a Club Ride invitation for a Sunday brekkie run to Greyton with a number attached…. I didn’t have any plans for Sunday because of this so-called storm that’s been brewing. We even made our preparations by getting a midweek ride in before the rains could get here. Anyhow, I had no choice but to make contact with Steve and discover more dirt roads – the thing that’s been lacking in my life so far.

We met at the BP on the far side of Somerset West at 08:00 for 08:30 to a cloudless winter morning. We arrived and fueled up as Steve pulled in for a little catch up. The three of us waited for any stragglers but no one else pitched – they must have been watching reruns of the MotoGP in preparation for next weeks’ season opener.

We sent it over Sir Lowry’s and Houw Hoek Passes before turning off to Botrivier and riding past fields of pink candy floss, as the peach blossoms were in bloom. If one is ever in the area, you should stop at Goedvetrouw Wine Estate on the southern end of the 17km, Van Der Stel Pass. The Tannie there is so accommodating and having tea on the porch will transport you to old fashioned country living. Unfortunately, we didn’t stay very long and left at 10:00 for some dirt roads going north. We made a loop just before reaching Theewaterskloof Dam and connecting back to the R43.

We took the Greyton turn off left and then back onto the dirt through the foothills of the Overberg region. Taking the Middelplaas Road eastward, Ruxi took in the scenery of the snow-capped peaks to the north while I was dedicated to avoiding the pot-holes littered over the road. The recent rains had pattered down the dust, but left small muddy puddles behind, to let the city folk know what they are missing when they see our bikes roll past.

We pulled up at the Oak & Vigne Café for breakfast at 11:00, and they certainly impressed us with their generously packed omelettes.
With bellies full and coffee inserted, we fled south via the R406 and turned right onto the N2 west of Caledon from where we cruised west. As we approached Steenbras Dam, Steve’s bike gave a little splatter even though the gauge said 50km remaining, but while whispering sweet nothings into his steed, Steve managed to coax his ride up Sir Lowry’s and on to the Shell at Firlands.

Once he was sorted, we said our goodbyes and parted ways. How wonderful the day turned out to be? We returned home with our spirits dancing, still swaying from the sweeping bends of the N2.

Thank you Steve for showing us some hidden gems along the way. All in all, 330km around and returned home close to 14:00, just in time for our dose of load shedding… next time we’ll take a longer route home.

Til next time,
Wes 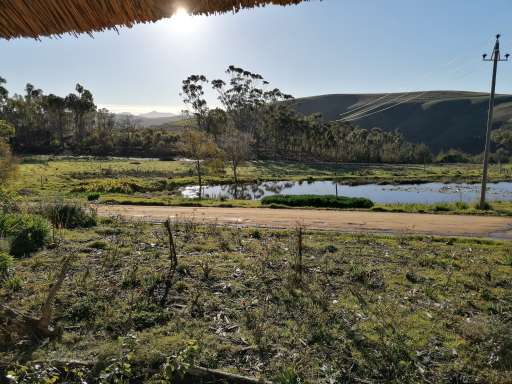