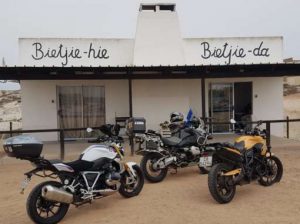 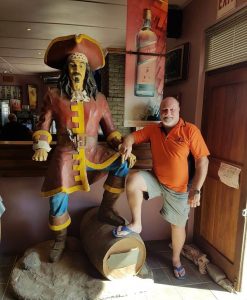 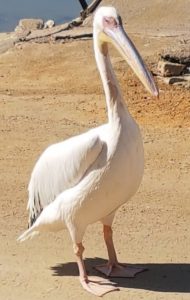 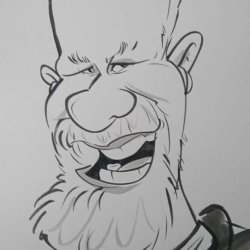 Mike, Ed and David’s West Coast Trip
17th to 21st Feb 2020 Monday morning (Slightly wet) 17th February 2020, found Mike Henderson, David Webster and myself at the N7 One-stop Wimpy having a hearty breakfast before our 5 day trip Destination Alexander Bay.
After checking our bikes and baggage we hit the N7 at 09:00 and headed off direction of Malmesbury (no more road works – nice) once passed Malmesbury we turned onto the R45 heading towards Hopefield and meeting the R27 we turned right and headed for Velddrift.
At Velddrift we took a little stop at Bokkom avenue for look around and chat to the local general dealer/publican (Pelican Post), who by the by feeds the birds, ducks and yes even pelicans.
Leaving Velddrift, we proceeded down the Main Rd which became Dwaarskersbos road and passing Dwaarskersbos we went on to Elandsbay. At Elandsbay we stopped at the Elandsbay hotel for a few wet ones as it was just after 12 and it was hot. Back on the road again heading for Lambertsbay, which would be our stopover for Monday. Stopped at the Lambertsbay hotel for a few wet ones and looked for accommodation (Hotel wouldn’t fall for our budget), so after a bit of Google magic we secured a house for the night (Bay Lodge). At about 15:00 we popped into Weskus Kombuis for a snack and some adult beverages. We thought we would investigate Isabellas restaurant waterfront to check the menu. Supper was had at Weskus Kombuis.
Tuesday the 18th saw us on the road again this time the R364 passing Graafwater and on our way to Clanwilliam and the N7 where we turned left and headed for Klawer and onto Vredendal via the R363 at Lutzville we took the R362 to Strandfontein, where we stopped for some water and a look around, Restaurant/ Pub was closed. Back on the R362 down to Doornbaai/Doringbaai/Thorn Bay our next stopover. Stopping at the Cabin restaurant for some adult beverages and a Google consult, we meet another biker Martin Lourens whom we got chatting with and Mike asks where he’d stayed the previous night to which he replies that he owns a house there and for a decent charge we could stay the night, we agree and he makes a phone call and we had accommodation (Speelhuis) and recommends a biker friendly pub (Midon) as well which we visited after checking in at the house. Midon provided us with adult beverages and we played pool which David won.
Wednesday 19th Back on the R363 towards Vredendal via Lutzville then R27 to VanRhynsdorp, where we stopped for Breakfast at The Good Store (Nice brekkie). Mine and David’s bikes have small tanks so lots of filling up at all the stops. Back on the N7 and past Bitterfontein onto Garies (more fuel). Out on the N7 again heading for Springbok and at 10:40 in the morning temperature hit 37 degrees. In Springbok we stopped at Tannas Coffee shop for some lunch. Still on the N7 we pass O’kiep and Bulletrap on the way to Steinkopf where we turn off and take the R382 to Port Nolloth. We pulled into Port Nolloth at about 13:10 and make our way to the Scotia Inn hotel and had Lunch and beverages. We get lucky again with accommodation (under our budget) and we secure a self catering place about 5 kms out of town (Bietjie Hie, Bietjie Da) in Mcdougallsbay, once settled we decided to head out to Alexander Bay as that was our objective. 17:00 we head up the R382 for Alexander Bay, 80 kms and a half an hour later we hit our destination and spent about an half hour looking around and the R382 back to Port Nolloth for supper at The Scotia Restaurant.
Thursday 20th back on the road through Steinkopf back to Springbok and Breakfast at Tannas, then Garies again and back to Vanrhynsdorp , where we stopped for a wet one(it was very hot) and they had load shedding and we had no signal on our phones so we had one wet one only and hit the N7 for Clanwilliam. In Clanwilliam we found ourselves at a Restaurant called Byrons and the service was great so while we were there we hit Google up and we find a place called the Mad Mongoose guesthouse, Mike gives them a call and speaks so nicely to a lady called Eve, He says he’s Adam and piles on the charm but unfortunately they can’t help us (out of our budget and a bed short). We continue our search and half hour later we get a call from Eve and she tells us that they have fitted another bed in the room and will meet our budget – accommodation sorted. We head out the Guesthouse and Eve meets us and is very surprised that we were bikers, Eve’s husband rides as well and has an Africa Twin. She also tells us that her sister is a member of the BMW Club, but we didn’t recognize the name and when she mentioned that the sister (Jen) sells the boeries, we then knew who it was. Back to Byrons for Supper then back to Guesthouse.
Friday 21st 08:05 Saw us at the Piketberg Spur Grill and Go, where breakfast went down well and we said our goodbyes and we hit the N7 back to Cape Town, I got back home just after 10:00.
Thanks to my Riding companions
Mike Henderson and David Webster.
X